LONDON — It may have taken a while, and met with some resistance, but Richemont chairman Johann Rupert is, at last, seeing his dream of a wide-open digital platform for luxury take shape, thanks to his allies – and erstwhile competitors — Alibaba, Farfetch and Artemis.

It’s clear that Rupert feels vindicated by the creation of a new, global strategic partnership that will see Compagnie Financière Richemont and its Chinese ally Alibaba pour hundreds of millions of dollars into the fashion retail platform Farfetch Ltd., and into a new joint venture called Farfetch China.

The partners said the ultimate aim of their alliance is to provide luxury brands with “enhanced access” to the China market, and to fuse physical and digital retail at a time when more people are shopping online, but still hungering for in-store experiences.

As part of the deal, Farfetch will also launch on Alibaba’s luxury platforms in China. The model is similar to what Net-a-porter and Mr Porter, both of which are owned by Richemont, have done as part of a separate JV with Alibaba inked in 2018.

As part of the alliance unveiled on Nov. 5, a steering group to include Rupert and Kering chairman and chief executive officer François-Henri Pinault will be created.

The alliance answers a call that Rupert made more than five years ago. In 2015, he argued that luxury players would ultimately be stronger together, and invited the likes of Kering and LVMH Moët Hennessy Louis Vuitton to take a stake in Yoox Net-a-porter Group.

His idea was to create a “neutral” digital platform where luxury brands and retailers could sell alongside each other, share tech tools — and still remain competitive. Rupert’s luxury peers didn’t take him up on the offer, so Richemont ended up buying the remaining shares of YNAP in 2018, and it now owns 100 percent of the company.

“We’re not big enough, or tech-savvy enough, to do this on our own. All of the luxury goods industry combined would have difficulty in fighting giants like Amazon, which is why I asked everybody, in 2015, to invest in Yoox Net-a-porter,” said Rupert on a call on Friday to discuss Richemont’s first-half results for fiscal 2020-21.

“I was really looking at a business model, like Spotify, where the content owners have shares in a platform that is run autonomously. Then you, as a content owner, have access to all of the technology and systems to serve your clients. That is our view.”

Not everyone feels the same as Rupert, who was prescient in his call for competitor cooperation in fashion and luxury. Since 2015, myriad companies have joined The Fashion Pact, committing to key environmental goals, and standing shoulder-to-shoulder in their efforts to fight climate change.

As recently as January, Bernard Arnault of LVMH expressed skepticism about online pure players, and accused them of profiting from the sale of fakes.

“They’re all losing money. That’s not a great sign. And the bigger they get, the more money they lose. We’ve been asked several times to participate in these businesses, and I’ve always said ‘no,’” Arnault told reporters and analysts at LVMH’s annual results press conference in Paris.

Arnault also mentioned that LVMH had created a “small e-commerce site” called 24S, which he said “is also losing money, but it’s not losing a lot, because it’s small. We’re growing it modestly. We hope to find a way to make it profitable, but for the time being, we haven’t.” 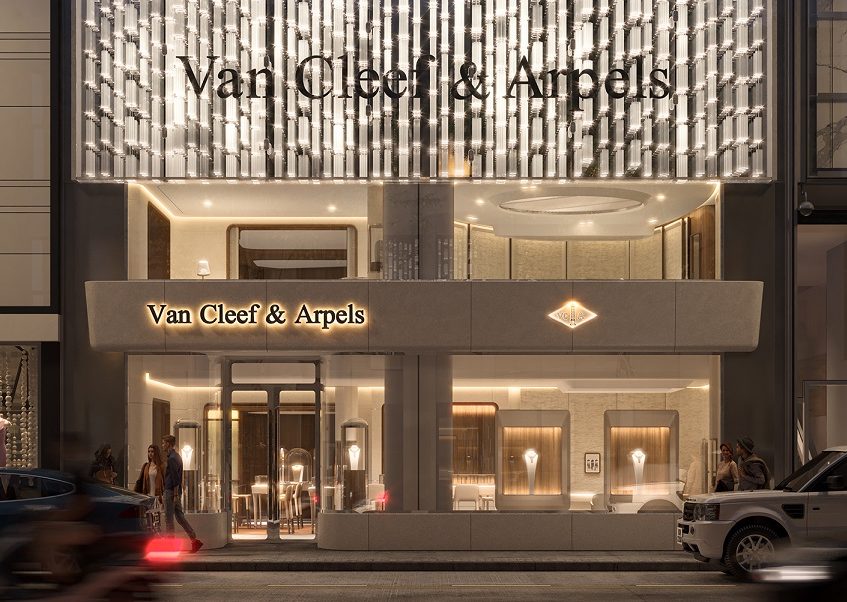 Coincidentally — or maybe not — 24S launched its Chinese web site just as news of the Farfetch China venture landed. Now, LVMH and 24S will have to compete in the region against three industry giants — Richemont, Farfetch, and Kering (through Artemis, the Pinault family’s holding company) — all of which will be powered by Alibaba’s tech and data systems.

In addition, since Arnault hit out at Amazon, the U.S. online giant has launched Amazon Luxury Stores, a by-invitation-only platform located inside the Prime app. Brands including Oscar de la Renta, Roland Mouret and Car Shoe have joined and there are plans to expand the offer to Europe.

During the call on Friday, Rupert pointed out that while Richemont did not initiate discussions with Farfetch about the latest deal, it was high time that a large-scale luxury tech partnership took shape.

“I think I made it clear in 2015 that this is not about a [land] grab, but rather something that is necessary to serve our clients properly, especially the next generations, who will expect it. It’s going to be part of their lives,” said Rupert, who went on to quote Federico Marchetti, the founder of Yoox and chairman and ceo of YNAP.

Being able to plug into Alibaba’s systems is a big win for players such as Richemont, Kering and Farfetch: The online giant offers a sophisticated commercial ecosystem, with AliPay, credit plans so that consumers can spread the cost of purchases, and marketing platforms with livestream influencers who push product 24/7. People can bank, pay bills and basically live their lives — as consumers — without ever having to leave the site.

Rupert is keen, too, on the fusion of digital and physical experiences — especially given the spike in online sales during lockdown — and believes it makes for more sales.

“New retail is not only about online shopping. We’re finding that people are browsing online, and may visit the store as a means of reflection, a way to make up their mind. We know that when they enter the store after looking online, the conversion ratio is much higher. We wish to be able to use that system for customers in the best possible way,” said Rupert.

As part of the new deal, Alibaba and Richemont will each invest $300 million in Farfetch Ltd. via private convertible notes, and will plug an additional $250 million each into a new joint venture called Farfetch China. They will have a combined 25 percent stake in the entity that will include the current market operations of Farfetch. 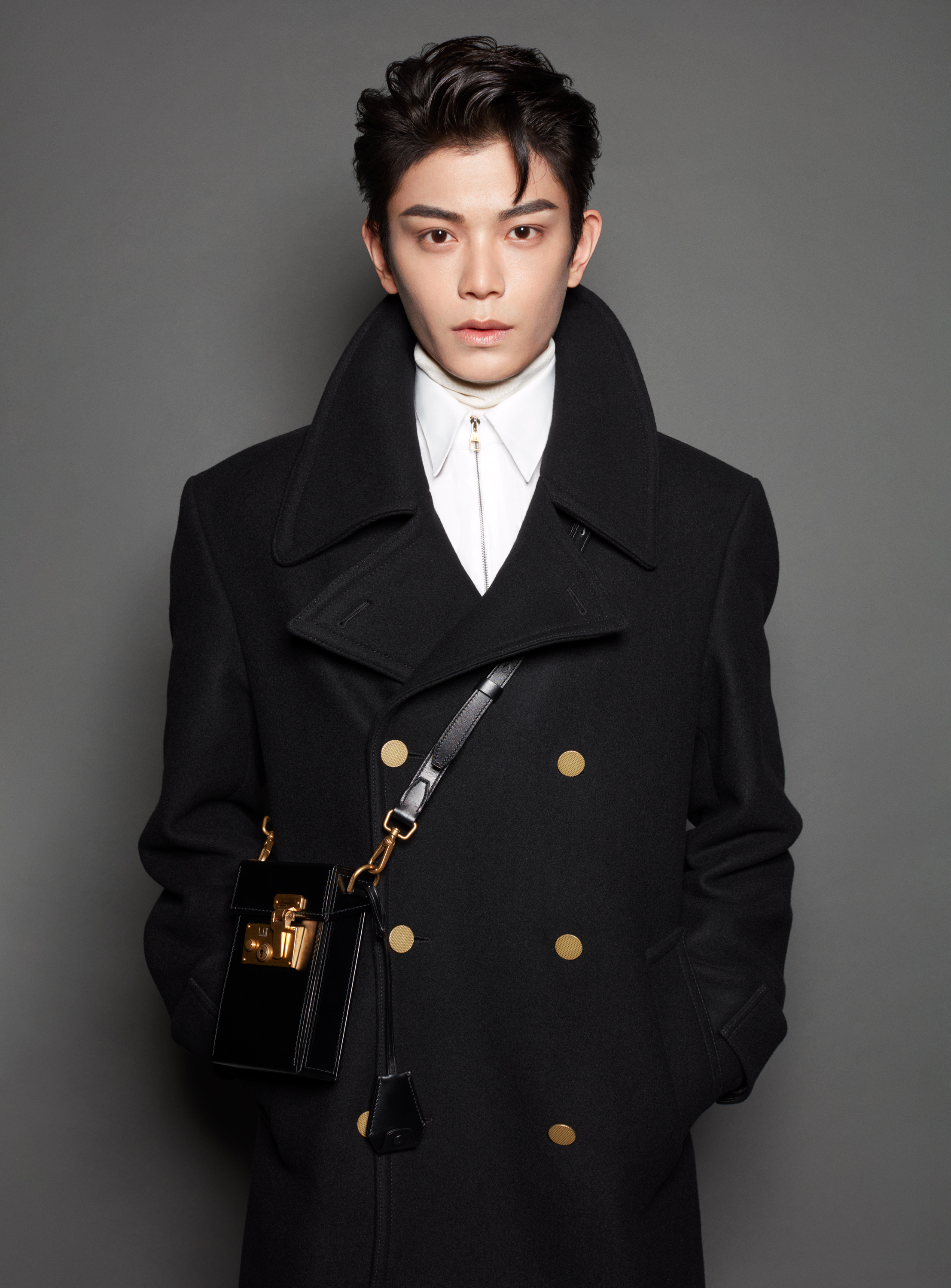 Artemis has also agreed to increase its existing investment in Farfetch with a $50 million purchase of Farfetch’s class A ordinary shares.

Rupert stressed that the big luxury groups and retail platforms have a lot to offer the likes of Alibaba, namely a talent for tasteful curation.

“You need selective distribution, and what interested Alibaba was the model of curation, which is highly attractive. You don’t want to be given a choice of 5,000 items, so curation is important and will always be. We’re hoping in time to build a model that covers both the selective distribution and the platform business. We can learn from each other in this.”

During the call, Rupert took the opportunity to say that Richemont wasn’t for sale, nor was the group interested in mergers.

Richemont’s chief also weighed in regarding the ongoing impact of COVID-19, and said it had served as a successful “stress test” for the company, which ended the first half with a net cash position of 2.11 billion euros in the six months ended Sept. 30, compared with 1.77 billion euros in the corresponding period last year, thanks to a successful euro-denominated bond placement and a freeze on the annual dividend.

Rupert said with a new wave of lockdowns across Europe, the company is better prepared than in the spring, and can continue manufacturing.

“I suppose we will continue to have lockdowns and won’t go back to a normal life until next summer, in the Northern Hemisphere, at least. The lockdowns have luckily not closed the production facilities. We have taken enormous safety measures,” he said, adding that staff had done “a remarkable job to get through lockdown, and supply the incredible demand in China.”

As with other luxury goods companies, a strong rebound in China bolstered sales at Richemont in the second quarter. The country is now the luxury giant’s largest market, edging the U.S. out of its top position.

First-quarter sales were down 47 percent, but they recovered quickly as the months progressed. In the second quarter, sales fell by 5 percent at actual rates, and 2 percent at constant ones.

China boosted Richemont’s performance, with sales in the region up 78 percent at actual rates in the half. That growth was able to mitigate the overall decline in Asia-Pacific of 6 percent in the period, and a 44 percent decline in Europe. The U.S. saw a 33 percent decline in sales.

Jewelry outperformed the other categories. Richemont said first-half sales at its jewelry maisons were 18 percent lower than in the comparative period. Following a drop of 41 percent for the first quarter of the financial year, sales returned to positive territory, with 4 percent growth in the second quarter.

Operating profit in the division fell 24 percent in the first half to 922 million euros.

Rupert said throughout the first six months of the financial year, the pandemic impacted trading and operations “with unprecedented levels” of disruption.

“All regions, channels and business areas were affected, notwithstanding a 78 percent increase in China versus the prior-year period at actual exchange rates,” Rupert said, adding that a “strong presence in China and an acceleration in digital initiatives have partially mitigated the consequences of temporary store closures and a halt in tourism worldwide.”

He said Richemont’s maisons were “swift to build on past investments in digital infrastructure and maintain direct engagement with clients,” prompting online sales to grow at a triple-digit rate. “Our efforts to improve the quality of our distribution networks and inventories at our multibrand retail partners also helped lessen some of the negative impacts of the pandemic.”

Richemont’s specialist watchmaking division took a beating, with sales contracting 38 percent to 966 million euros, due to the closure of multibrand brick-and-mortar stores. The division saw an operating loss of 8 million euros, compared to a profit of 285 million euros in the corresponding period last year.

As reported, the company placed a 2-billion euro denominated bond in a bid to strengthen its cash position through COVID-19. The bond will mature in three tranches, in 2028, 2032 and 2040 and Richemont said it was given an A-plus rating by Standard & Poor’s in recognition of the company’s strong balance sheet.