Two years ago, Dr. Kelly McGregory opened her own pediatric practice just outside Minneapolis, where she could spend as much time as she wanted with patients and parents could get all of their questions answered.

But just as her practice was beginning to thrive, the coronavirus hit the United States and began spreading across the country.

“As an independent practice with no real connection to a big health system, it was awful,” Dr. McGregory said. At one point, she had only three surgical masks left and worried that she could no longer safely treat patients.

Families were also staying away, concerned about catching the virus. “I did some telemedicine, but it wasn’t enough volume to really replace what I was doing in the clinic,” she said.

After her husband found a new job in a different state, Dr. McGregory, 49, made the difficult decision to close her practice in August. “It was devastating,” she said. “That was my baby.”

Many other doctors are also calling it quits. Thousands of medical practices have closed during the pandemic, according to a July survey of 3,500 doctors by the Physicians Foundation, a nonprofit group. About 8 percent of the doctors reported closing their offices in recent months, which the foundation estimated could equal some 16,000 practices. Another 4 percent said they planned to shutter within the next year.

Other doctors and nurses are retiring early or leaving their jobs. Some worry about their own health because of age or a medical condition that puts them at high risk. Others stopped practicing during the worst of the outbreaks and don’t have the energy to start again. Some simply need a break from the toll that the pandemic has taken among their ranks and their patients.

Another analysis, from the Larry A. Green Center with the Primary Care Collaborative, a nonprofit group, found similar patterns. Nearly a fifth of primary care clinicians surveyed in September say someone in their practice plans to retire early or has already retired because of Covid-19, and 15 percent say someone has left or plans to leave the practice.

The clinicians also painted a grim picture of their lives, as the pandemic enters a newly robust phase with record case counts in the United States. About half already said their mental exhaustion was at an all-time high. Many worried about keeping their doors open: about 7 percent said they were not sure they could remain open past December without financial help.

For some, family obligations left them no choice.

“Honestly, if it hadn’t been for the pandemic, I would have still been working because it was not my plan to retire at that point,” said Dr. Joan Benca, 65, who worked as an anesthesiologist in Madison, Wis.

But her daughter and son-in-law hold administrative positions in a hospital intensive care unit, treating the sickest Covid patients, and they have two small children. When cases climbed in the spring, their day care center closed, and Dr. Benca’s daughter desperately needed someone she trusted to look after the children.

“It wasn’t the way I wanted to end my career,” Dr. Benca said. “I think for most of us, we would say, you would fall on your sword for your family but not for your job,” she said, adding that she knows other female colleagues who have stayed home to care for children or older relatives. 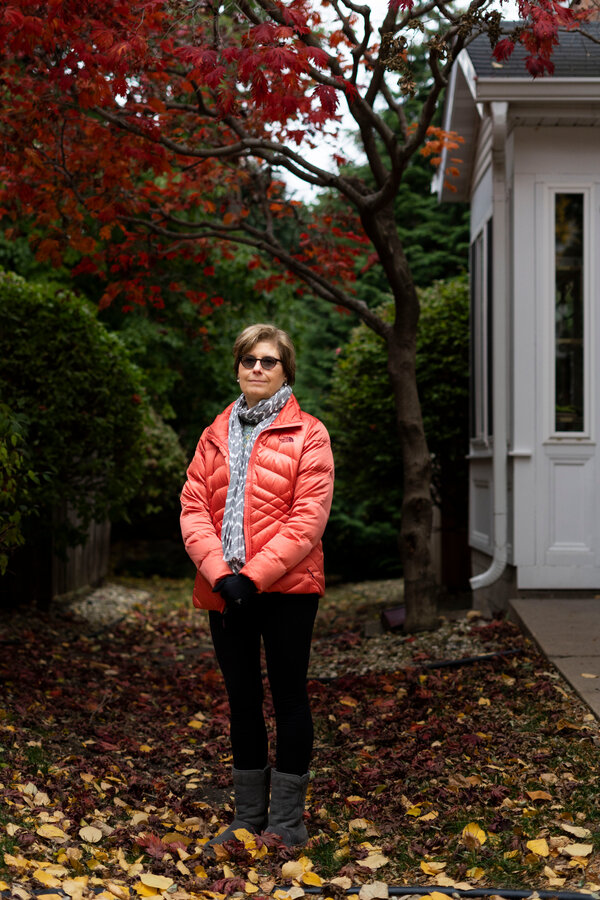 Dr. Michael Peck, 66, an anesthesiologist in Rockville, Md., decided to leave after working in April in the hospital’s intensive care unit, intubating critically ill patients, and worrying about his own health. “When the day was over, I just said, ‘I think I’m done’ — I want to live my life, and I don’t want to get ill,” said Dr. Peck, who had already been cutting back his hours.

He is now spending a few hours a day as the chief medical officer for a start-up.

Still, most practices have proved resilient. The Paycheck Protection Program — authorized by Congress to help businesses, including medical practices, with the economic fallout of the pandemic — helped many doctors remain afloat. That money “kind of made me solid,” said Dr. Ripley Hollister, a family physician in Colorado Springs who serves as chairman of the research committee for the Physicians Foundation. The volume now “is really coming back,” he said.

But, depending on the future course of the pandemic, Dr. Lisa Bielamowicz, a co-founder of Gist Healthcare, a consulting firm, predicts “another wave of financial stress hitting practices.” Many doctors’ groups will seek a buyer, whether a hospital, an insurance company or a private equity firm that plans to roll up practices into a larger business.

One doctor, who asked not to be identified because the discussions are confidential, said she and her partner had already been talking with the nearby hospital nearby about buying their pediatric practice before the pandemic arrived in the United States.

Although federal aid has helped, patient visits are still 15 percent below normal, she said, and they are continually worried about making payroll and having enough doctors and staff to see patients. As the number of virus cases balloons in the Midwest, her employees must deal with increasingly agitated parents.

“They’re yelling and cussing at my staff,” she said. Working for a telemedicine firm might be an alternative, she added. “It’s a hard job to begin with, to own your own business,” she said.

The coronavirus crisis has amplified problems that doctors were already facing, whether they own their practice or are employed. “A lot of physicians were hanging on by a thread from burnout before the pandemic even started,” said Dr. Susan R. Bailey, the president of the American Medical Association.

In particular, smaller practices continue to have difficulty finding sufficient personal protective equipment, like gloves and masks. “The big hospitals and health care systems have pretty well-established systems of P.P.E.,” she said, but smaller outfits might not have a reliable source. “I was literally on eBay looking for masks,” she said. The cost of these supplies has also become a significant financial issue for some practices.

Doctors are also stressed by the never-ending need to keep safe. “There is a hunker-down mentality now,” Dr. Bailey said. She is concerned that some doctors will develop PTSD from the chronic stress of caring for patients during the pandemic.

Even those who are not responsible for running their own practices are leaving. Courtney Barry, 40, a family nurse practitioner at a rural health clinic in Soledad, Calif., watched the cases of coronavirus finally ebb in her area, only to see wildfires break out. Many of her patients are farmworkers and work outside, and they became ill from the smoke.

In 14 years as a nurse, Ms. Barry has never experienced anything “like this that is just such a high level of stress and just keeps going,” she said, adding, “The other hard part is there’s no end in sight.”

She tried working fewer days but decided eventually that she would stop altogether for several months beginning in early December. Ms. Barry hasn’t figured out what’s next for her.

“My intention is to stay in medicine, although I would not be totally opposed to doing something in a totally different area, which is something that I would not have said in the past,” she said.

And patients have indeed felt the effects. The pandemic has developed into “a really huge disruption,” said Dr. Hollister, the family physician, who thinks closed practices are likely to result in “a significant impairment to patients’ access to medical care.” In his community, where both specialists and primary care doctors are leaving, he is tending to more patients who no longer have a doctor.

It is an issue that Dr. McGregory, who took a job at the University of Wisconsin School of Medicine and Public Health in Madison, worries about. There were some families in her practice whom she could not convince to find another pediatrician immediately. She said they “are waiting, which I discouraged, because I think every child should have a medical home.”