The UK will experience above average temperatures for this time of year, according to the latest BBC weather forecast. The BBC meteorologist Tomasz Schafernaker pointed to warm southernly winds moving in from Europe as the reason behind the dramatic temperature jump. This comes after England’s second national lockdown due to the coronavirus pandemic came into effect earlier this week.

Pubs, restaurants and non-essential shops have closed their doors until 2 December, while people have been told to stay at home for the next four weeks.

Mr Schafernaker has said that the temperatures during this lockdown will be “on the mild side particularly across southern and central areas of the UK”.

He said: “Today is mostly dry, while tomorrow we have some rain on the way.

“There is this cloud front to the south of the UK. Tomorrow it will be over us, and so there will be rain heading our way.” 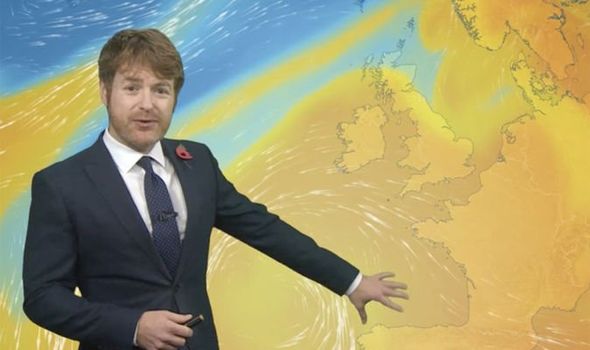 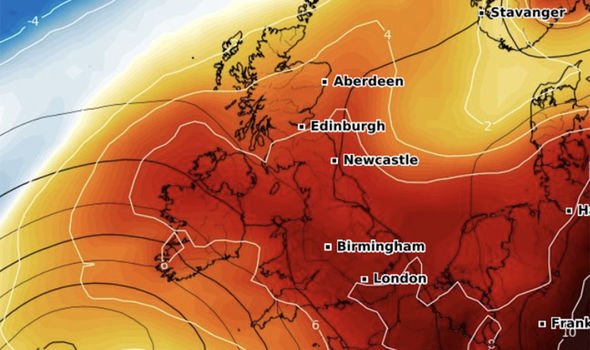 The BBC meteorologist continued: “With this low pressure we have winds coming out of the south, and also the south-east.

“This is relatively mild air, and that is keeping the cold air to the north.

“We do have some mist and fog forming overnight. For some of us that stubborn fog may linger into the afternoon, so actually where it’s foggy it could feel pretty raw.

“We are talking about 13C to 16C across the south today, while there is a bit of nip in the air in Scotland, with temperatures between 8C to 9C. 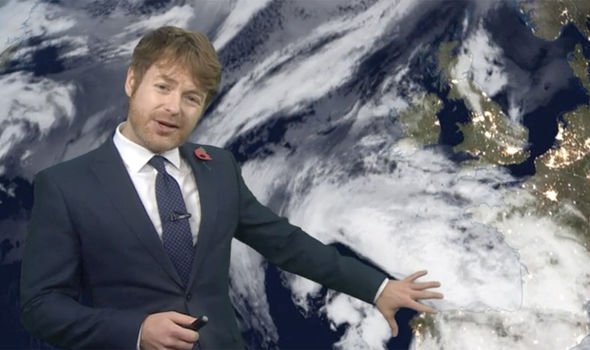 “We have clear skies overnight, so this will see an early touch of frost in Scotland in the early hours in the morning.

“The rain and cloud that comes in on Sunday will be patchy. It won’t be a wall of rain, it won’t be raining all the time.

“And next week, we need to focus on the direction of the winds. They are mostly coming in from the south.

“Computer models are suggesting temperatures will be above average for this time of year. Double figures across the board, with a round 17C in London on Monday.” 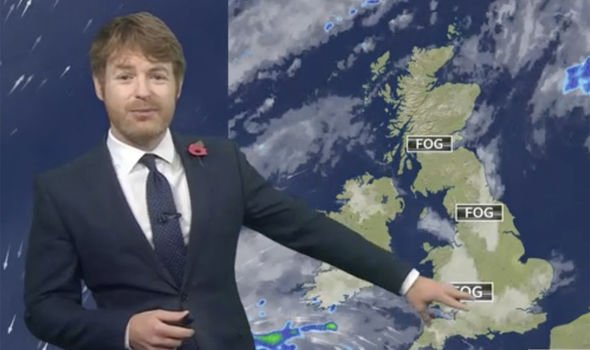 This warm weather comes after the Met Office issued freezing fog warning for south east and north east of England for Friday.

Temperatures could rise as high as 20C later today in areas of Wales such as Porthmadog – edging close to the the UK’s maximum November temperature of 22.4C at Trawsgoed in 2015.

The Met Office has said temperatures will be “probably remaining mild before possibly turning colder than average into December with risks of overnight frosts”.

Temperatures will also be rising across Europe over the coming few days to above average for many as southerly winds are picked up, according to BBC meteorologist Helen Willetts.