After an £85m refurbishment, the Royal Lancaster hotel was set to take its place as one of London’s premier locations.

Then came the coronavirus pandemic.

Now, the immaculate lobby is empty. Sebastian, the concierge who worked his way up the ranks over 16 years, waits patiently behind his visor. 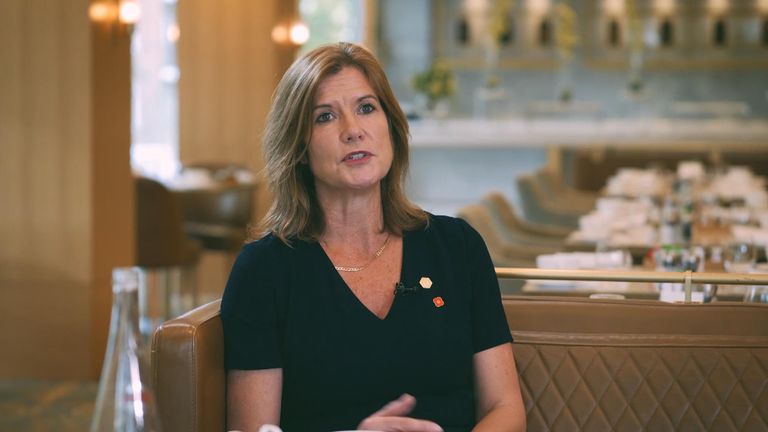 Ging, and her reception team, are also poised for someone to swing in through the revolving doors. But no one does, the light piano music pumped through the speakers is just for them.

The unbeatable views across Hyde Park from the £4,000-a-night penthouse – once used by Michael Caine in the movie The Italian Job – are unappreciated and the pressed white bed sheets remain stiffly in place.

“My return on investment model has hit the skids,” says Sally Beck, the general manager of the hotel, as she sits in the empty restaurant.

She was named hotelier of the year 2019 – but like anyone in her industry, she’s now in a battle for survival.

A recent Price Waterhouse report suggests the industry will take at least four years to recover; Ms Beck fears for many hotels, it could take much longer.

She said that while some rural hideaways benefitted from the growth of summer staycations, “city, metropolitan hotels, we are on our knees”. 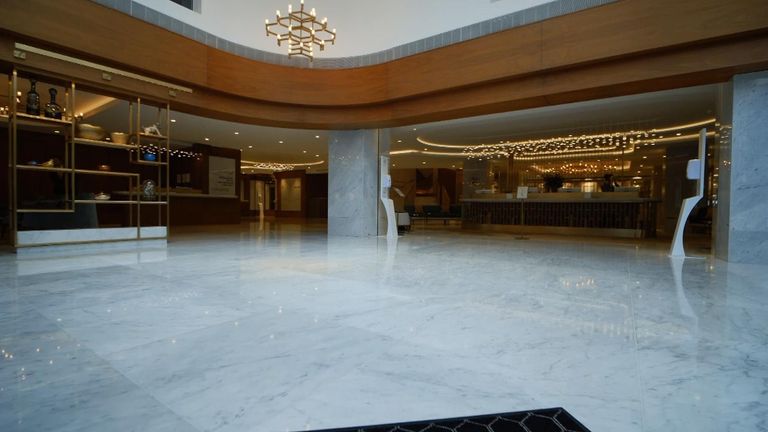 Normally, the Royal Lancaster needs 25% occupancy to break even, the latest lockdown has reduced those rates to about 3%, with around 15 to 20 people using the hotel’s 411 rooms.

While the furlough scheme has been much appreciated, it’s not been enough to plug the gaps.

The hotel had to reduce its workforce over the summer, and to minimise redundancies, more than 120 staff members agreed to reduce their hours.

But from crisis comes innovation.

The hotel makes much of its revenue from large conference rooms and banqueting halls which is where Ms Beck decided to “take a punt”.

With events cancelled during the first lockdown, she decided to throw more money at the problem.

Broadcast cameras and lighting allow those renting the space to have both a live audience and virtual attendees, generating a 360-degree immersive experience that can be beamed to clients and employees around the world. 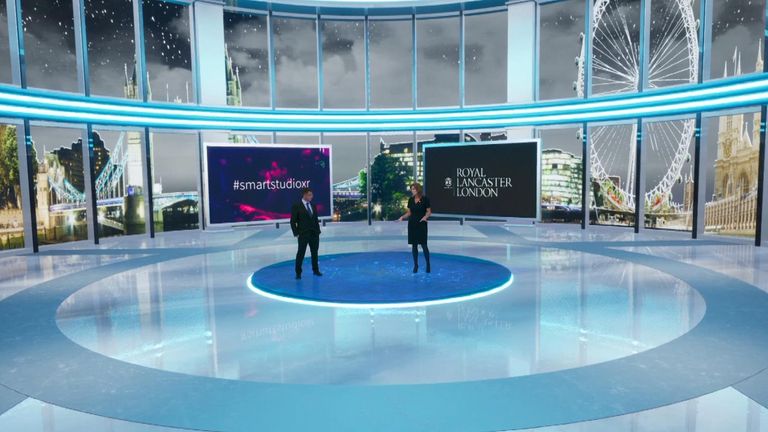 It turns out, in the current environment, the blue-chip companies will pay big money for this and the hotel is already beginning the claw back its investment

XR studios have been set up in warehouses and on industrial estates but Sally Beck believes this is the first of its kind in a hotel.

“Catwalks, fashion shows, car launches – you can’t do these at the moment, but you can use an XR studio and showcase them to your audience,” Ms Beck said.

Between July and October, companies held “mixed reality events” in the hotel ballroom with up to 30 people present and the studio beaming the content to thousands of others.

Ms Beck said: “We had a company CEO do a Q&A with 14,000 stakeholders across the world. We had another company do 15 hours of live TV.

“Zoom has a place, but now this virus has gone on so long it’s not enough, and the studio allows actual reality in a great venue along with the technical reality of connecting.

“It think at the start it came as ‘let’s fill a gap’, but as I’ve seen companies experience it and understand the potential of it and think about how they can weave it into their communications message to the public, their stakeholders and their staff, I think a whole new world opens up and I think it’s going to be part and parcel of our future for the longer term.”

Ms Beck says the three most important qualities for survival during this crisis are “resilience, creativity and caring”.

“You have to care,” she said, “yes, I’m going to make redundancies but I’m going to do it as kindly as I can. I want people to look at me as one of the best employers around, so they will come back.

“I’ve heard people say ‘when will the recovery start, when will it change?’ And it worries me, because it’s now.

“I don’t think the lights are going to go back on in April… how we manage now will gear us up for how we recover.”